This is What It's All About 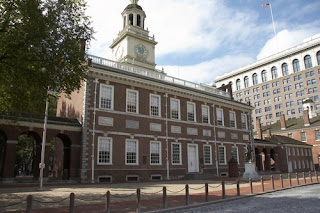 Happy 4th July to you and your family.

Wow so that's the declaration.
We hope you have a great 4th of July weekend maties.

We love your patriotic posts! Reading it does remind us all what it is all about and makes me proud!
Have a happy and safe celebration,
Moose + Dana
p.s. in reading that I had to wonder if maybe Sarah Palin was just declaring her independence from the government... way more clumsy but basically sounded similar?

Happy Fourth of July to the Barkalot Boyz!

Happy $th of July!
This has been a very interesting post!
Kisses and hugs
Lorenza

We all sat in the car and listened to them read it on NPR this morning. Muzzer cries when they do that.

PL2 says she gets chills reading it....Happy July 4th boys and to your peeps too!!! Love and kisses A+A

And it happened HERE in Pawsylvania!

Thanks for reminding us what it is all about. It really is a great country.

A fine document, of that there is no doubt. But I find it a little surprising that nothing was said about dogs...
Cheers, H.

What a great post, guys! Thank you!
Have a wonderful 4th!

Great postie Guys...does this have something to do with Eric and Jackson's ancestors??? I'm still tryin' to figure why we dumped all that tea into the Harbor by Aggie and Archies...history isn't my strong point...I love our Country's Barkday, but I do wish it could be done with SILENT FIREWORKS...(Lacie has already had her medication...she's feeling a bit mellow already....)

Happy 4th of July, Boyz! We're hoping for rain, tonight so no one can shoot of fireworks!

Thanks for the reminder of our constitution. Now if we could just get the prez and congress to read it! They seem to have forgotten what it's all about!

We hope you enjoyed your 4th of July celebrations - that was some post!
Is is always good to reflect on the past to help us appreciate the present.
love and kisses
Martha & Bailey xxxx

pee ess George Clymer, who signed the Declaration as part of the Pennsylvania delegation was from around here. My mom taught some of his descendants.