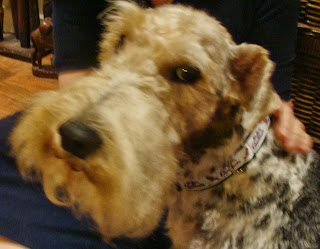 It's been just more than a month since my brother and best pal left for the Rainbow Bridge and I've been pretty sad. As I know a lot of you have too. But mom and dad have been spending lots of time with me and persuading me that Jakey would be very disappointed if I didn't buck up and, especially, if I didn't continue his blog -- our blog actually, Barkalot BOYZ, but you know, he was the older brother and the writer and all that stuff so I kind of deferred to him on lots of important things.

Our team, the St. Louis Cardinals, is going to the World Series. 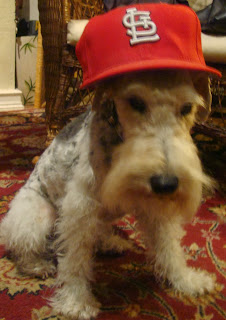 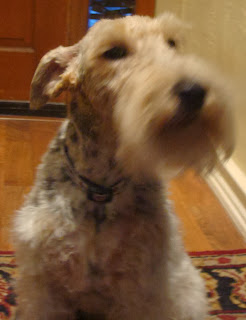 That's pretty important here in our family. BUT WAIT, that's not all. Two of our bestest pals -- Agatha and Archie -- are also going to the World Series. Yep, last night a grand slam in the seventh inning clinched it for the Boston Red Sox so us dogs will all have, as the saying goes, SKIN IN THE GAME!!!

This is how it happened. To get to the World Series, our team had to beat the Pittsburgh Pirates, the home team of three more of our bestest pals... Scruffy, Stan. and Laciecakes. That was really tough  because, while we wanted to win we didn't want our pals to lose either (Except for our dad, whose blood flows Cardinals red and maybe Gussie and Teka's dad too). But once we did win, we dogs -- Gussie and Teka and Scruffy and Stanny and Aggie and Arch and me and for sure Angel Jake -- all got together and decided we would put all of our terrier energy and tenacity and persistence into having both of our  two teams - the Red Birds and the Red Sox -- win. And they did. So now we are back to wanting to win but not wanting our pals to lose... but whatever happens, WE'LL ALL STILL BE THE BEST OF FRIENDS!!! 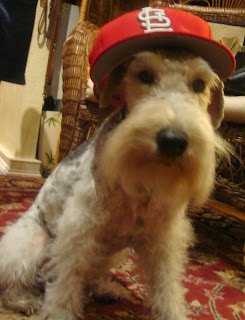