A Message from "The Other" Barkalot Boy

Yeah, it's me, Jake. It seems as though I've been out of touch for days while Just Harry took the spotlight to celebrate the second anniversary of

his adoption. Since he is a bit overwhelmed with all the attention he received from his friends, new and old, he asked me to send you all his thanks, and tell you how he spent the day.


Before I do that, though, we both wanted to observe a moment of silence to remember the events of 9/11 and the souls who lost their lives six years ago.

So how did JH spend September 10? In short, he spent it with extra buckets of love from Mom. She actually moved away from her computer and sat down on the couch with him for several hours and he just curled up on her lap and looked very content. (Not to be too cynical, we do suspect she had an ulterior motive, alternating a certain general's testimony with a depressing Cardinals-Cubs game on WGN, the Chicago station that broadcasts here! But, regardless, it's the result -- a Happy Harry -- that mattered.)


Mom, and later Dogdad when he came home, gave him the best present of all, love and lots of play time. Also: ear scritches, butt scritches, and tummy rubs. They played tug-a-dog and looked through the toy basket for new toys that he hadn't played with (some of which I recognized as my toys) .


Sorry to tell you, we didn't have any cake -- but we did both get some of our favorite treats: cheese and green beans and apple.


Now that we've had our celebration, we'll be getting ready for Chilli's beach party and then for Asta's cowboy party -- so our social calendar is getting filled up.


In the meantime, hey dogs, it's time to use our DOG POWER to get our favorite teams where we want them to be. So far, from the response to previous posts, we have Cubs, Yankees, Indians. Red Sox, Phillies -- and of course, our Redbirds. 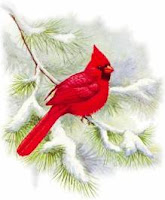 Jake
Posted by Jake of Florida at 9:04 AM

Good to hear from you Jakey. We knew you were just being a generous boy and letting JH have his day. We are still pulling for our favorite Team, but after the debacle yesterday, even Dad is thinking he could cancell those reservations in St. Louis

Hi Jakey
Hope you didn't feel neglected..it's nice to have a special day like Hawwy did, and you'we a gweat bwudder fow letting him enjoy it to the hilt!
I will help woot fow youw team if you want..maybe it will help>
I'm sending both of you smoochie kisses
Asta

Sounds like JH had a pawsome day! J X

What brilly treats. I love all of those.

Don't understand the teams though.

Would that be baseball or football?

Sounds like you guys had a great time for JH's special day!
I guess we'll be seeing both of you soon at Chilli's pawty!

Thanks for helping to make sure JH had himself a great anniversary! You're cool, buddy!

Can't wait to see you at the pawties coming up.

No cake!? That can't be right.

We think both of you are pretty special. Glad Harry had a super day.

Happy adoption day, Harry! Glad to hear you both had such a great time...yummy apples always make for a good day!

Can't wait to see you guys at Chili's Pawty...so glad Harry had such a pawsome day!!!!!

What a nice day for JH! I bet you guys get lots of hugs!