First, to those of you who remember our out-of-control egret-cam from Christmas, be advised that we have replaced him with a much more compliant heron-cam. And when we offered heron-cam a plush assignment to check up on our folks who are in San Francisco for a few days, he said, "Cool!! Outta' here!! I'm on my way!!!" 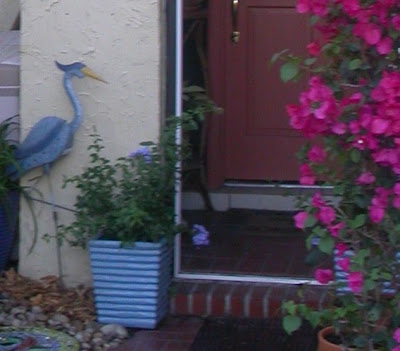 Who wouldn't want to fly out to San Francisco? Sadly, Mom and Dogdad had to take one of the legacy airlines, instead of Aire Ruby. Two hours late. "Food for purchase" ($10 for a turkey sandwich!!). Not enough leg room. Sigh.
So here we are in camp (again) and there they are in San Francisco. Dogdad is at a public transit conference.
Yesterday, they apparently had brunch at the Beach Chalet overlooking the Pacific Ocean (that's a body of water that, if you are from the Atlantic side of the continent, appears to be on the wrong side... but it's beautiful once you get used to where it is.) 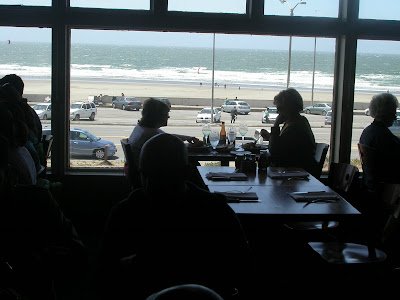 The Beach Chalet was built in the 1920s. Then during the Great Depression of the 30s, Franklin Delano Roosevelt commissioned murals as part of the Works Progress Administration program. And look at what Mom and Dogdad found in those murals!!! 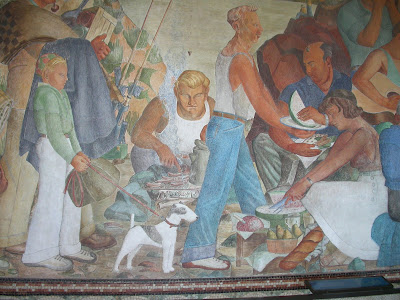 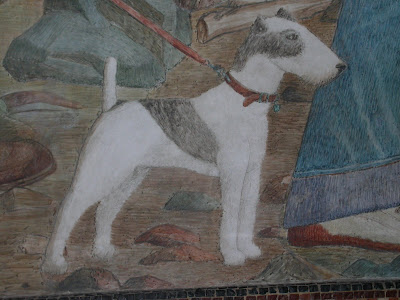 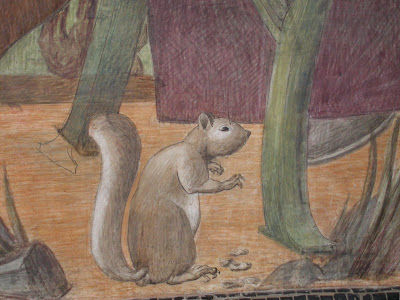 Gee Jake nice pics...love the one of the wire fox terrier in the mural...thought Roosevelt had a scottie named Fala...guess he was always pining for a wire and couldn't find one....

San Francisco - cool- did your 2leggededs wear flowers in their hair?

What a cool mural! I'm sure seeing that had them missing you guys even more!
Too bad that they didn't take AireRuby! It really is the ONLY way to fly!

Too bad that heron couldn't poke a hole in that mural where that nasty squirrel is. But that's probably mean. San Fran is one groovy city. Hope your peeps have fun!

Oh, this is definitely an upgrade over the egret....hope he continues to give such good service. Bon Apetit to mom and dad, and Bone Apetit to you.

Hi,
My name is Foley. I was given your name for the Goody Exchange. Moco is my big sister. URL: grammiesk9s@blogspot.com Could you please email me your address at mcadernc@comcast.net. Is there anything that you are not allowed?

No WAY!!!!
I knew I was bown at the wong time..they appweciated wiws in those days...I'm always bumping into ancient hoomans who say"Oh I had one of those when I was young"

I'm back from kennels and looking forward to catching up with everyones blogs.

Great mural. Hope you're having fun at camp!

I hope you are enjoying yourself at the camp. I hope your pawrents will get some goodies for you when they are back.

Hey pals, hope you're having fun at camp. That mural is pawsome! J x

Hey pals, hope you're having fun at camp. That mural is pawsome! J x

Just sniffing over from DWB to say hi! It's really nice meeting you!

Ooooooo, Ahhhhhhh. Eeeeeee....Woooof!!! Hehehehe, did they forget to put a painting of you up at the museum? Maybe you should write to the state and let them know that they forgot the most important piece of artwork!!

When you get your goody package don't forget to go over to Chef's Album and submit the pictures of you opening your Goody Package!

My oh my you WFT's get everywhere, even in murals! How neat.

Awesome foxie in that mural!
My dad flew on Sunday, then got delayed a WHOLE DAY in the Newark airport. He also should have used AireRuby. What were they thinking?

I'm glad your new heron is working out!

We agree with Gus,this kid really seems to be much bettr than the egret..much more detail.....Well looks like we foxies are just EVERYWHERE!! Love A+A