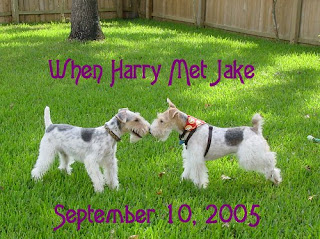 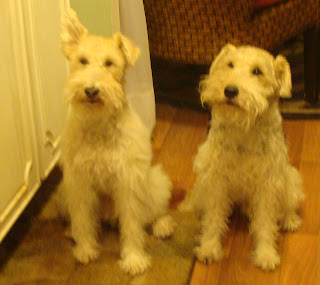 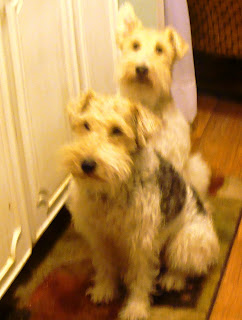 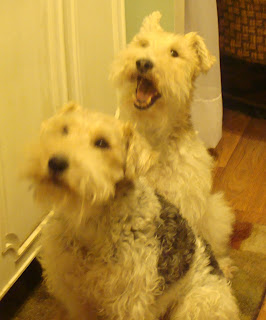 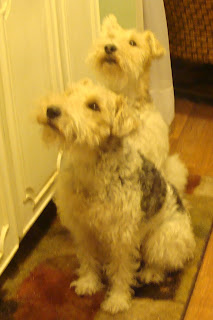 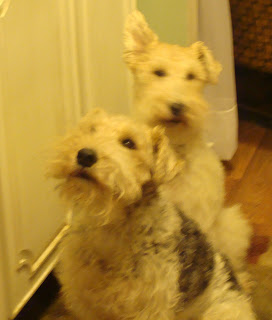 Boyz, so good to hear from you.
And Happy Gotcha Day Prince Just Harry! How lucky you have been to find such a loving home. With a Dad that's such a soft touch...
Toodle pip!
Bertie.

Ahh...aren't we just about the luckiest dogs around Happy gotcha day to all of you

Glad you had a pawsome gotcha day.

Happy Gotcha Day, Just Harry!
Yes. Love works wonders!
I am very happy that you are a very happy boy now!
Aaaand... do you like to go to Vegas?
Just like Harry...
Take care
Kisses and hugs
Lorenza

Oh Harry...it IS all about LOVE...and how we love you boyz...have you both been BARKING for all those years????

Our wiry faces just love to be scritchied, don't they??? You are the luckiest dog every, sweet Harry...and Jakie too!!!

Harry have a day worthy of a Prince !

Stop on by for a visit
Kari
http://www.dogisgodinreverse.com

Happy Gotcha Day Harry. We are so happy that you found a great furever home and are nicely spoilt.

Happy gotcha day! I agree: it's all about love!
I'm also a great big fan of squeaky toys.

I'm impressed you can tolerate firecrackers; they always freak me out!

Oh, belated Happy Gotcha Day, Just Harry!! We just love the pictures of you two barking and acting cute to get treats! :-)

We cannot bear being the 13th comment so we just have to comment again!
We agree Love is all there is xxxx

Hi Jake n Just Harry,
The two of you are looking as handsome as ever in your new pictures.

I've just returned to blogging, and I rushed over to say hello :)

It was a pawfect day when you met Jake and yoow pawents and it only got bettew wif all that love and love and mowe love.
Of couwse youw Dad can't wesist the two of you handsome, dawling boyz. Who could? No one wif a heawt, that's fow shoowe
Smoochie kisses
Asta

Sigh, we were hoping for the Red Birds to return to the World Series. Guess we will be pulling for the Tigers.

deew Jake and Just Hawwy,
Thank you fow holding my paw in ouw wowldwide day fow Peace It might not change the wowld, but I think we all can make a diffewence, at least in ouw own wowlds
smoochie kisses
ASTA

oops, but not the same year!

Internet Online System is very usefull and Billions of Peoples use Internet and Many of the peoples want to make money online from home and make online business for a life time
We have the best Online earning System with Data Entry Jobs, Online Jobs, Network Marketing, SMS Earning, and Much More Online Work From home, Skype : Jobz.Corner
JobzCorner.Com