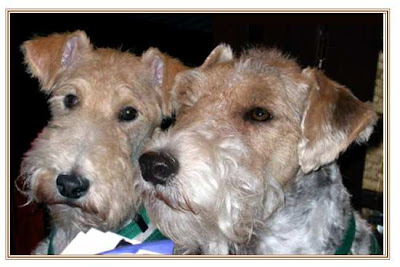 Hello Every Dog,
Well, we're back from our extra long weekend at camp. After Mom and Dogdad flew back from St. Louis, they had to turn around and drive to the Tampa area on business, so we spent two extra nights at Dr. Dan's. While we were there, I think I out did myself in jumping. Dr. Dan says that sometimes when he passes by, I look him in the eye -- and he's about six feet tall! And of course we're hoarse from barking. But we are clean, and very very very tired (the poker games night after night on top of the barking and the jumping will do that to a dog!!).
While we were away, we learned that one of our favorite humans, Aunt Gianna in Italy, had sent some photos of us to one of our wire fox terrier groups. The first one above is recent -- and Aunt Gianna "groomed" me so that both of my ears are down. What do you think? An interesting sometime look, no?
The second photo is when we were puppies. Confession though, even though both my ears were down when I was just a few months old, by the time I got a wee bit older, one sprung up. But in this photo too, Aunt Gianna groomed me. JH was groomed too by Lyn before he came to us. 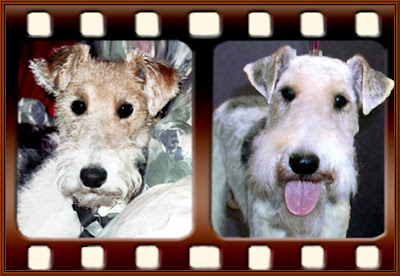 As soon as we got home from Dr. Dan's this morning, we ran to our respective water holes. This is mine: Jake's Dog Bar. Dogdad made it for me several years ago. He keeps saying he'll make one for JH too, but for the moment, JH has his own water dish somewhere else and eats in his own "cubicle." Do I look a bit chunky in that photo? 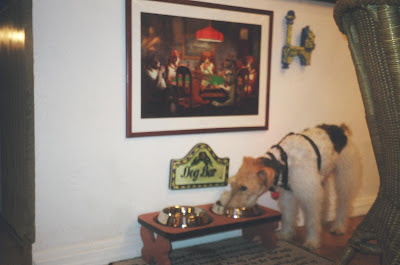 So what were Mom and Dogdad doing while we were away? They were at a wedding in St. Charles, a historic town just outside of St. Louis proper. It was a beautiful day and they had lots of fun as both the bride and the groom (Dogdad's nephew) come from big families with lots of young humans. 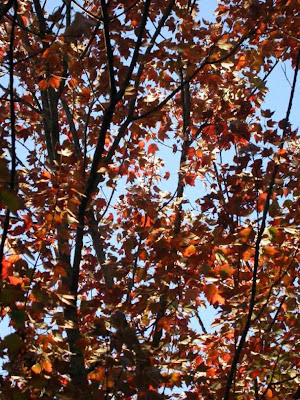 The wedding took place in a conservatory, part of an old building. As this plaque says, this spot was the starting point for covered wagons goiung west in the 1800s. 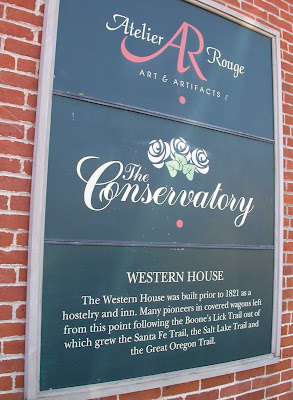 And this is the conservatory itself, where the wedding was held. It was bright and sunny and a wonderful setting for a wedding. The only thing it needed to be perfect was a few dogs. 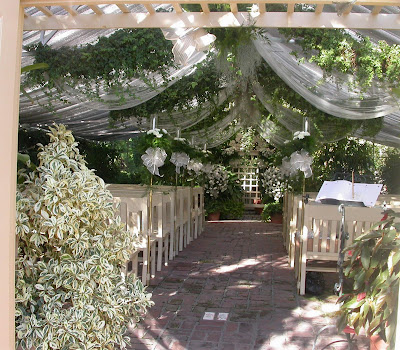 The name of this bar, Trailhead, is a reminder of the historic nature of the town 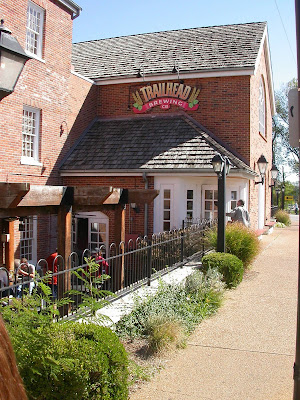 Mom and Dogdad stopped in for a moment before heading off to the reception. 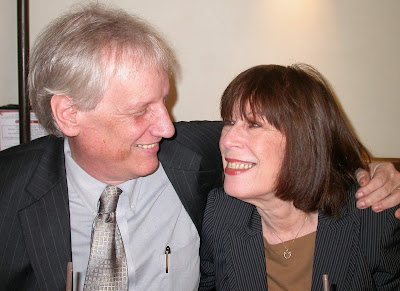 And now we're all back and we are free to Stay at Home for awhile!!!

Jake, the Spokesdog for the fanily

A few dogs would have made that place much prettier and maybe a pee spot on the floor.

Oh it looks lovely but we do agree that a few of us pups would have spiced up the joint !! Love A+A

Welcome back. We posted a story on the two year anniversary and even linked it to your story on it. Hope you enjoy it.

Hey Jake & Just Harry,
Glad you're back at home. Are you coming to the Halloween Barkday Pawty on Saturday?? Thanks for mailing Snickers fishnet stocking back to her, hehehe. St. Charles looks very nice. I Butchy wonder if it is near O'Fallon, just west of St. Louis?? That is where I used to live before Mama rescued me. The wedding setting looks so lovely. We bet the wedding photos would be very pretty. Hope you guys get your barker back & hope you can come to the pawty. We are riding on Aire-Ruby.
Luv & Wirey Hugs!
Butchy & Snickers

Welcome back guys. We got to drive through St. Charles a couple of times, but dad says the gussiemobile must not stop near any antique stores, so there are not to many places we can get out of the car in St. Charles!

We're glad you enjoyed Dr. Dan's and hope to see you this weekend.

Cute photos. What did Aunt Gianna do to "groom" your ears?

Hey Jake, I like the "2 ears down" look but I must admit the one ear up is very distinguished. Was that your Mum & Dad in the photo? What a handsome couple (but obviously not quite as handsome as you two. Hey, I'm a dog; I have to say that!) J x

Yo Jake and JH....what a fab spot to get married in...maybe Dunstan and I will tie the knot someday...or maybe not. Im a little fickle! We agree that the site need two barky foxy wires doing a nice game of chase/bitey face up and down the aisle for ambiance...

So psyched for the pawty!

Well sounds like you had fun while gone. Glad you are back though.

When I saw your photos, I was just awed at how handsome the two of you are!! You both are true terrier hunks.

Hi Boyz!
I loved all those pictoowes..what a nice place and youw pawents suwe look bootiful!
I think you would have made the wedding even bettew though!
I'm so glad you'we back in time fow the pawty!
see you thewe
Smoochie kisses
Asta

You are a very responsible spokesdog for the fam. Tell your parents I LOVE that photo of them. Looks like there's a love affair going on there. (Do they smooch in front of you guys all the time? I wouldn't be surprised).

Glad you guys are back in circulation. See you at the pawty!

Yes, a few dogs would have been the perfect touch at that wedding. Glad your family is back home again. :)

Hey there! It was good to "see" you at the chat room. Hope to chat with you the next time!

BTW, the costumes do make the both of you very "halloweeny"... cool!