Well, Flat Jake and Flat Just Harry may have spent a few night in the Christmas tree in St. Loulis while we were at camp.... but we got to make up for it when the Christmas boxes that were shipped from there on December 26 arrived home on January 3. That's how it works: we ship cool stuff there for the family and the family gives us cool stuff that we then ship home.

Coffee? Not my favorite! 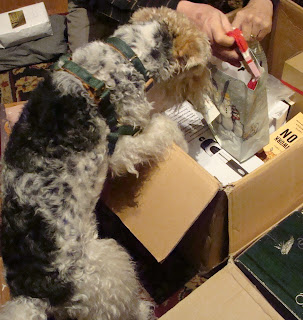 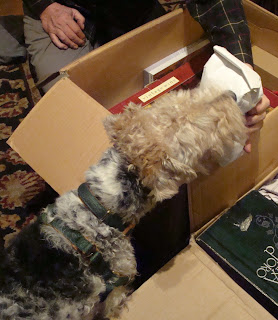 What else?
A map book for Dad? 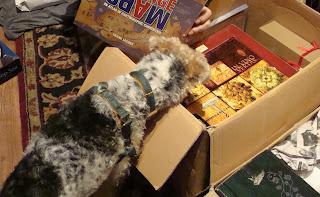 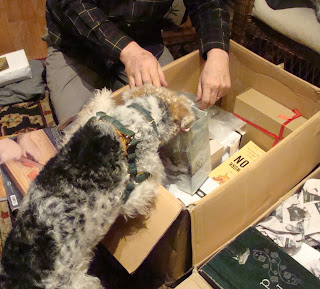 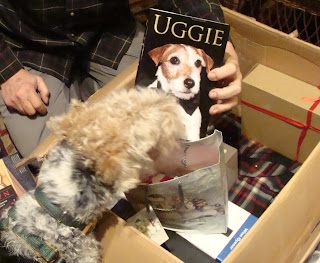 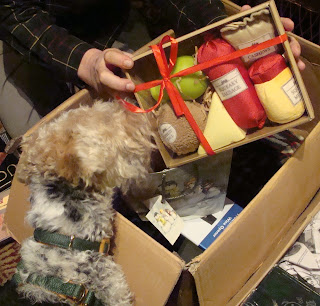 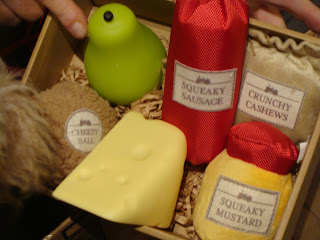 Toys for us from our human brother and sister-in-law... and niece (she's only 7 months old but she's got the right idea!!!) 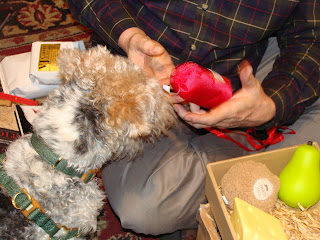 What's this? Mom says it's an anniversary present for her and Dad.
(December 28 was their twelfth anniversary.) 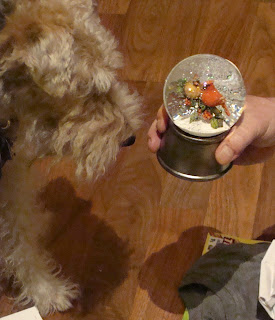 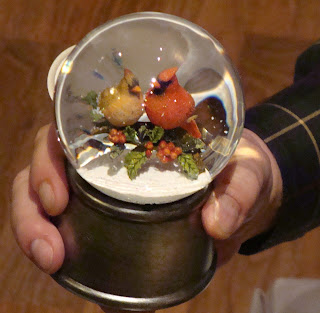 OK, Here's one's for mom...who said it's one of the best books ever and recommends it to all of her human pals!!! 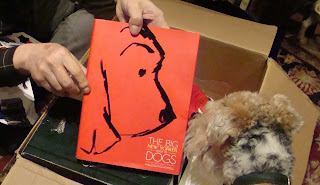 Where was Jake while all of this going on? Snoozing, of course, lately his favorite thing to do. But when he hears me squeak the sausage, I bet he'll come running!
Posted by Jake of Florida at 6:31 PM

Hmmm, where are the dog treats?

those looks like pretty good toys but we agree with the collies - where are the treats???

What fun squeaky toys! Make sure you drive that hoomans crazy by squeaking them 87,000 times a day!
Happy belated anniversary to your mom and dad! What a beautiful snow globe!

Hope those squeaky things got Jakey up and running. Glad your pressies arrived, and the muzzer has that same book. The dad is hoping she will throw away all those tattered bits of paper that she has been collecting for EVER, but she is ot sure.

Teka says she shuns publicity, and prefers to shed joy on a more selelct group.

Hi JH
That Uggie, he gets everywhere....
Gail likes the look of that New Yorker dog book - I suspect that we will be visiting Amazon after leaving this comment. As for me, I'd be quite happy with a squeaky sausage.
Toodle pip!
Bertie.

I am Oorvi the pup who manufactures the Oodget Dog Clocks (one of these clocks is displayed on your sidebar). As we had to stop hosting the site from which we were earlier serving the clocks, I've got these two humans-o-mine to move the clocks to my own site.

For the new code, please visit the page http://www.doggyshire.com/k9wisdom/oodget-dog-clocks/ on my blog. Thank you for appreciating an Oodget clock and putting it on your blog:)

PS: Please excuse the generic comment but I have to post it on many blogs - and you know how lazy Mercury is! The crystal ball with the two birds is awesome:)